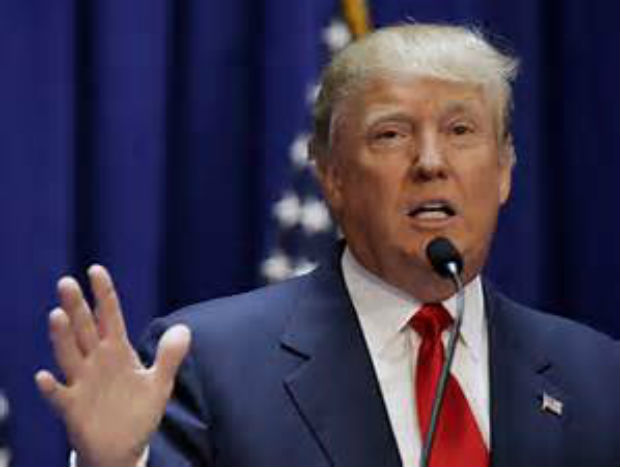 Sheri Marzaro is an italian American translater and interpreter, who lives between Europe and USA. Because of being a voter in the USA Presidential Elections, the TicinoLive’s Editor decided to interview her.

Dear Sheri Marzaro, your being a interpreter from Italian and greek in English, creates a bridge between two European old cultures and one modern, projected on the future. How is this contrast?
I take the best from all three and combine them – Certainly they all have their merits. But for me, Greece and Italy are my heart, soul, spirit, essence and joy – While the United States is my sense of order, efficency, practicality, and drive.
Do you thinks Greece and Italy are similar countries, both for beauty and for economic conditions?
They have so much in common, much more than they have differences. Each one has unmatched historical importance, unparallelled beauty, culture, and gastronomy, to name but a few – and both have shaped the modern world, going back thousands of years. Presently, economically, I see basically the same issues and problems in both.

In Athens, you can’t help but be dismayed at the sheer quantity of empty storefronts on the main streets and in the main shopping areas, like Aiolou Street. The city’s central fish and meat markets on Athinas Street, once bustling hubs of smiling Athenians, are now virutally empty. Be prepared for long waits in emergency rooms.
But no matter their challenges, the Greek spirit refuses to bend – Greeks love life – and so outdoor cafes, where people spend hours visiting animatedly over coffees, mezethes and ouzo, are packed. But well educated youth feel they have no future there, and migration is on everyone’s mind.
In Rome, in the last two years alone, I can’t even count the times I have strolled by a shop such as a passamaneria, that has been a city fixture for well over forty years, to see its premises suddenly abbandoned and shuttered – It happened to me just last week, and I literally started to cry. A month ago it was a cartoleria, and three months ago it was a casalinga – It’s beyond distressing to me – and these are only a small sample.
Forget about the days of elegant shops and boulevards – nowadays, you can barely navigate your way past the endless rows of streetlined bancarelle, and parts of my beloved city now tend to resemble a third world country. Here in Italy, if you are not owned by a major corporation, and are merely a “small merchant,” you barely stand a chance – I just had this conversation with my parrucchiere, who has been on Via Rinascimento for fifty years – and she’s scared.
Public healthcare gets cut a bit more on a daily basis – once free services now carry a ticket of nearly fifty euros – for even something as necessary as a blood test for a chronic disorder. And once again, most well educated youths plan to leave the country in search of a better future.
What do you think about the Great Depression in southern Europe?
I feel like Germany has been the driving factor behind the whole thing – And the world’s banks in general, just like the US banks have destroyed the US economy, causing a domino effect with most of the world, starting with the Lehman Brothers fiasco. And who’s left to pay the price? The common man, while banks continue to collect mind-numbing bonuses.
In any event, my heart breaks when I look around me, whether it be in Italy or Greece. The changes in the last ten years, the way most of the middle class population has been reduced – income, living standards, medical care, overwhelming taxes, crushed dreams and hope for the educated youth – coupled with Italy and Greece bearing most of the world’s immigrant crisis – has broken the backs of these countries that I so adore.

You can see it on people’s faces, just the unbearableness of it all. No one can even fathom if and when there will ever be an end to it. So many friends of mine here just feel like Europe, in general, is over. It can never go back to the “happy times.” While many people are so shocked or upset at the Brexit – other of us say “Bravo! – We wish we could get out as well!”
I’ve always been a romantic and an optimist, so although I have strong doubts, I’d like to believe this is just another cycle, and “some day” it will be over – But realistically? I don’t want to think of that.
Does the Southern Europe is strongly affected by the unfair austerity imposed by the EU banking?
Of course! Especially Greece. I feel like the country’s almost being used as a test case/scapegoat. It’s made life impossibile for everyone there. With capital controls, and you can only take out 400 euros cash per week, how can you conduct business! Ridiculous! It does nothing to encourage business growth, but the opposite. Clearly this situation is quite different in Italy, so personally I don’t notice the repercussions of these on a daily basis.

Do you feel more Italian or American?
Absolutely more Italian – Although honestly, I probably feel just as Greek – with a bit of American thrown in, of course!

What are the main differences in society between old and new continent?
Italy is losing its identity, culturally, gastronomically, and socially, mainly as a result of the influx of foreigners who have relocated here, causing a multi-ethnic mix reminiscent of New York City. Perhaps modern technology also has done its part. The difference in Italian life and society from between ten to twenty years ago, to present day, is astounding.
Strangely enough, even though Greece has experienced a lot of immigrants over the years, as well as modern technology, it does not seem to have affected it the same way – And I’m not quite sure why. Perhaps because Greeks hold on to and cherish their culture and traditions more than Italians do, and do not embrace change as easily.
The US nowadays seems like a country divided, and in general, there seems to be a lack of responsibility, seriousness, and legal ethics.

Two things both continents have in common are firstly, that their middle classes are slowly disappearning, leaving the exceedingly rich, and the poor – if things don’t change soon.
Secondly, both of these continents seem to suffer from a general sense of hopelessness on the part of the people – It’s as if everyone’s busy just trying to survive however they can, and this is very sad.

Are you going to vote for the New President in the USA? Who are you going to vote? Why?
I have to say that in the past, I had never been staunchly either Republican, or Democrat, changing sides occasionally over the years. But when Obama came to power, I suddenly realized that I was a true Repubilcan!
In any event, I will vote for Trump. Do I agree with everything he says or does? No, I don’t. However, many, many things I do. And I feel he is honest, and makes no bones about his opinions, goals, or who he is. If he’s lacking in experience or detailed knowledge on some issue, that’s what presidential advisors are for – You can’t tell me Obama, or most anyone freshly coming into office, hasn’t made good use of them. And as for his business sense, and the US economy’s future – Well, there’s no one better for the job.
Meanwhile, I feel not only is Hillary a liar, dishonest, and done many illegal/unethical things when she was in office in another capacity of power – but when she slings mud, as in when she says, “Trump is a horrible man for how he treats and talks about women, and therefore he shouldn’t become president” I can’t help but think it was fine for her, when her husband was having sex with anything in a skirt that walked through the White House, and she KNEW it – And she sure defended HIM and HIS behavior – And Trump’s locker room banter is so horriffic? Please!

Who did you vote in the 2012 presidential elections?
Strangely enough, I actually had registered as a Democrat to vote for Obama in the primaries, thinking he would be a welcome change to Bush junior, whom I disliked. It was only following in depth research before the November election, that made me realize what a mistake that had been – And the last eight years are proof of that to me!
This doesn’t mean that I always have, or always will only follow Republican beliefs or dogma – I am not a “sheep,” and have my own opinion – But I am so far from the Democratic ideals as they are now, that I will never go back.
As for whom I voted in November, it was for Mitt Romney, whom I felt would have been a great president – And this is not “sour grapes” when I say that I still have my suspicions about the result of that election and the vote count – and who actually showed up at the polls, with whose ID, among other questions. But I won’t even get into that now, it’s eight years past.

What do you hope about the new US president?
Honestly, I just hope and pray Trump wins – because if Hillary does, I don’t even want to consider the consequences. But life will go on!